I had the pleasure of attending the annual Old Melbourne Beach Historical Walking Tour on the first of the year. It was full of great information. I enjoyed getting to know more about the history of the Melbourne Beach / Indialantic area.

First off, the location of the Melbourne Beach Pier, where the tour started, is at the westernmost part of Ocean Avenue. That means that the pier is on the Indian River, not on the beach side of the island. It was my first time at the pier. If you are familiar with Djon’s Steak and Lobster House restaurant, the pier is across the street.

I saw no free parking anywhere. The city of Melbourne Beach has pay-by-phone parking and it was fairly easy to pay and go. There are 2 ways to pay actually. You can download the app or just pay at the pay station. I paid at the station and was on my way in a matter of minutes.

The tour was led by Melbourne Beach Town Historians Frank Thomas and Bruce Morgan. I truly appreciated their knowledge of the area as well as their willingness to share it. The tour was free and appreciated by many. I was surprised to see that there were about 50-60 of us in attendance! It was a great turnout.

We spent roughly 20 minutes at the starting point (the pier entrance). While there, Mr. Morgan shared a lot about how the town started and pointed out the oldest houses in town. They were all within a stone’s throw so he pointed them out to us from where we stood. He also shared vintage photographs of some of the buildings and people who had a lot to do with giving Melbourne Beach its start.

Melbourne Beach was the first oceanfront city in the county. Because it’s actually on a barrier island, not the mainland, the only way to get out here was by boat. There were no bridges. There were tracks laid down to take people the roughly mile-long journey from the Indian River side of the barrier island straight across to the beach on the Atlantic ocean. Mr. Morgan commented that the elevation on the river side is/was about 10 feet. The elevation at the beach is/was about 20 feet. So when people were heading out to the beach, they were going uphill and that was work! The tracks had a handcar which would be powered by the men while the women and all their belongings were on the handcar. I guess it was good that on the way back they could just coast! Anyone who’s ever spent a day at the beach can vouch as to how tired one gets after a few hours in the sun. Next time you’re pulling your beach buggy across the sand think about how much these people had to work just to get out to the beach. LOL

Mr. Morgan showed us one of Mr. Thomas’ books that is available for sale. I can vouch that it’s a pretty neat book as I already have it and enjoy looking through the many photographs and learning about the area. I actually purchased it at the local CVS. But it is for sale on Amazon also. If you are interested, here’s a link. (Please note that this is my affiliate link. You will not pay any more for the book by using this link. But I will earn a small portion of the proceeds if you purchase.)

We all walked out to the end of the pier and spent another portion of the tour out there. The weather was a little overcast but it didn’t take away from being out on the water. That’s always a treat. There were a couple of people with their poles in the water. It is a fishing pier. Maybe I’ll try to catch my dinner one day!

We then walked back out to where we started and over into the green space where the location mile markers are. Although not part of the tour, I noticed that the farthest city noted is Winschoten, in the Netherlands, at 4,593 miles away. And the closest noted is Hialeah, FL at 175 miles away! I did not count the “Paradise 0 miles” one. =). Is one of these other cities close. to you?

This was probably halfway into the tour. We had the opportunity to learn about several more homes as well as going inside the Ryckman House, one of the first homes in Melbourne Beach. It was built in 1890 and is lovingly maintained by members of the National Society Daughters of the American Revolution. Inside are many items that actually belonged to the Ryckman family and were used by them.

You don’t have to be a history buff to enjoy this tour. All told it lasted about an hour and a quarter. Although I do not believe it is given at any other time than on New Year’s Day, you can call the number listed on the flyer and double check. Because I do not want their actual phone number picked up by scammers, I am not listing it here in the text. Click on this link and you can see my original post with a picture of the flyer.

Sincere thanks to Mr. Frank Thomas and Mr. Bruce Morgan for a charming way to kick off the new year!

Stay Up To Date 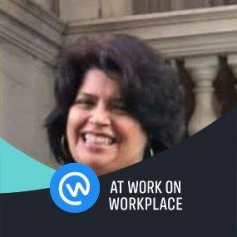 Connect with me on:

The information presented on this site is deemed accurate but not guaranteed. For tax, accountant or legal advice please consult an appropriate professional.